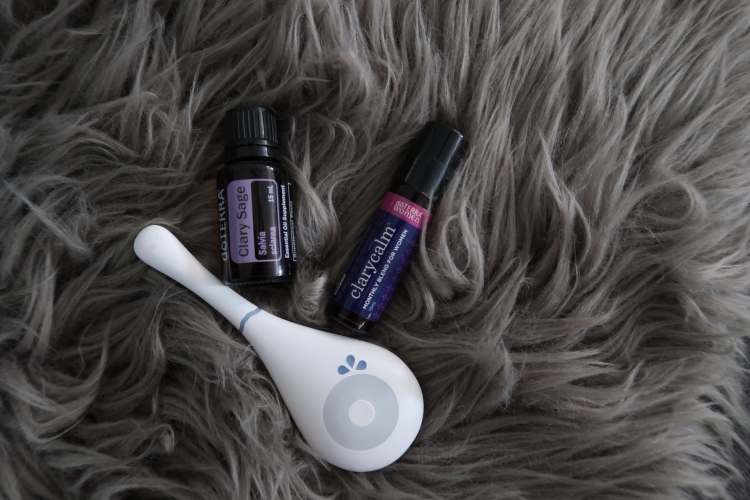 So… as you know, I am a Birth Doula. Women’s health and such is right up my alley and if there ever is something I see that I feel that is important and appropriate to share, I share it. So if you’re squeamish about this topic, please kindly remember what I do for work and that I am just sharing this information out of kindness and love. Also, I am not a doctor or a medical professional, all of this is just things that I have learned and my own personal experience that I wanted to share.

Being that I work in the Labor and Delivery world of mothers and babies, I am often left in awe as to how amazing women’s bodies are. With such knowledge about the female reproduction system that comes with being a birth doula, I have become acutely aware of things that affect women’s health both positively and negatively.

I am married, and at this time in our lives, my husband and I do not want children. I got on hormonal birth control (the pill), about six months before my wedding. I have a dear friend who used to work as a pharmacy tech and she unveiled a lot of facts about The Pill that people don’t openly talk about. Some of these lesser known side effects worried me, which was why I wanted to get on the pill months before my wedding so that I could gauge if I was reacting well to it or not. At first things went great, I was taking this little pill every night before bed, and I felt fine.

Until my insurance made me change pharmacies.

At the new pharmacy, the pharmacist changed the generic brand of pill I was taking to a different generic version of the pill. I was assured that it was the same exact thing and not to worry.

Within 48 hours I was a swollen, blubbering, messy ball of extreme anxiety. I was crying uncontrollably on the floor in my bedroom, I couldn’t get off the floor. The only thing in my life that had changed was the brand of pill I was taking. My mother knew better and threw the pill packet away and told me to not take another one and to call the doctor! The whole ordeal was bad.

I called my doctor and she dismissed my experience and said to start taking it again and that eventually I would be fine. Nope. I wasn’t having it. I worked with the pharmacy to special order the brand of pill I was previously used to, and I went about my business.

After I got married, on several occasions, the pharmacy again tried to give me the pill that had made me sick. I probably became the pharmacy’s worst customer because I was always demanding special orders and sending back my prescription. I called my doctor numerous times for her to rewrite my prescription for the pill that I wanted and to have it say: “NO SUBSTITUTIONS”. She agreed to do so…. but she wrote “NO SUBSTITUTIONS” for the pill I was trying to avoid!!!!!!! I was FURIOUS! I marched into the pharmacy and demanded to speak to the pharmacist to see if there was anything that could be done. Fortunately, the pharmacy had just hired a new pharmacist. She was kind and sweet and I felt comfortable telling her what had happened to me and why I was trying to avoid that one pill.

She closed her eyes and shook her head and informed me that I am not the only one to have that experience. She sees the same type of thing happen all the time with other patients. She informed me that although the pills were “the same” that sometimes the fillers or the way it’s formulated might just be slightly different, different enough to give someone a reaction. She very kindly put in the order for the pill that I wanted.

I was soooooo done with seeing that doctor who didn’t even listen to me and wrote the prescription for the wrong meds. By this point I was already well underway with my Doula training that I knew I no longer wanted to see an OBGYN and that Midwifery Care was the model of care I wanted to pursue for my own health. So I called a local women’s health and birth center and made an appointment.

The midwife I saw treated me with such kindness and compassion. She listened to my story and told me I wasn’t crazy! She told me that reactions like that do happen and that birth control isn’t like a cookie cutter, no two people react the same. I finally felt safe as a patient. She wrote me my prescription just as I needed it to be written, and I took it to the pharmacy to be filled.

Yet again… the pharmacy was being stupid!

When I went to pick up my prescription they handed me the pills I DID NOT WANT. I handed them back to the tech and told her that that wasn’t what was written. She said:

“Dont worry, they’re all the same.”

No… they are NOT the same.

So I called my Midwife who swiftly called the pharmacy and…. educated… the pharmacist for me. I was finally given what I wanted.

For two years I was on the same pill, no problems since, but then I started to notice something. I was fatigued, disinterested in things that once made me happy, and anxiety…. anxiety was creeping up on me like you wouldn’t believe.

“Why don’t you just pray about it?”

I wasn’t worrying, I knew I would be fine, and let me tell you…. I prayed all. the. time. Nothing took the sensation of not being able to breathe away. Nothing took the feeling that walls were closing in away. What really sent me over the edge was when Layla got sick.

Layla is our dog, our fur baby, and at the time was only 7 or 8 months old and she developed a minor stomach issue. She was eating everything, and I was terrified she was going to ingest something that would make her sick or severely hurt her. Now this is where it gets embarrassing… and I am ashamed to say it, but it needs to be said to show how anxious and crazy I had gotten.

I became obsessed with dog poop.

I started keeping track of how often Layla pooped, how big it was, and what it looked like. I was so obsessed I would call my husband or text him if I was not home to ask him what her “status” was. I even asked him to send me pictures! One day I was standing in the grocery store and I called my husband to ask him if she had pooped yet, and he snapped at me and told me I was becoming ridiculous. It finally dawned on me that I had a problem.

Almost like an answer to a prayer, or maybe just facebook and instagram listening in on my conversations… I saw an advertisement for Dr. Jolene Brighten’s new book called: Beyond The Pill I bought it and within a matter of a few days read it from cover to cover.

There are many side effects that are well known when it comes to Hormonal Birth Control, but there are others that aren’t openly talked about and often dismissed.

I also learned that many doctors used hormonal birth control as a form of “treatment” for sufferers of PCOS, endometriosis, painful periods, and acne. The pill doesn’t cure those things, it just masks the problem.

From that little book I learned so much and I started to do more research. Ultimately it led me to the conclusion that I did not want to be on the pill anymore. I was already feeling the negative affects, and my husband was noticing them too. He too agreed it was time to toss the pill packs out the window.

But we don’t want kids yet, so what are we to do?

After asking trusted female family members and friends I was introduced to the book: Taking Charge of Your Fertility as well as Daysy and Sustain. (These three tools, as well as Dr. Jolene Brighten’s book really got me started with learning more! I highly recommend them.)

Obviously the topic of birth control and the different forms are a HUGELY personal decision that you and your spouse need to discuss together. I just wanted to share my story and journey so far out there because this is a topic that isn’t widely discussed. I feel like so many women get on birth control without really knowing what they’re getting into and without any support. As a Doula too, it’s also is my job to help educate and inform.

Months ago, while I was still on the pill, I was chatting with a friend who was getting ready to get married, so she started the pill. I told her my story and I encouraged her not to just dismiss symptoms. She was shocked and even told me that she hadn’t been feeling well and that she now thinks it was a reaction from the pill she was on.

So if you are experiencing anything like what I experienced with HBC, please know that you are not alone and there are other options out there for you!!! You just have to do your research!

So thank you for reading this rather lengthy blog post haha. If you made it to the end, you deserve a cookie.